No Words are Needed 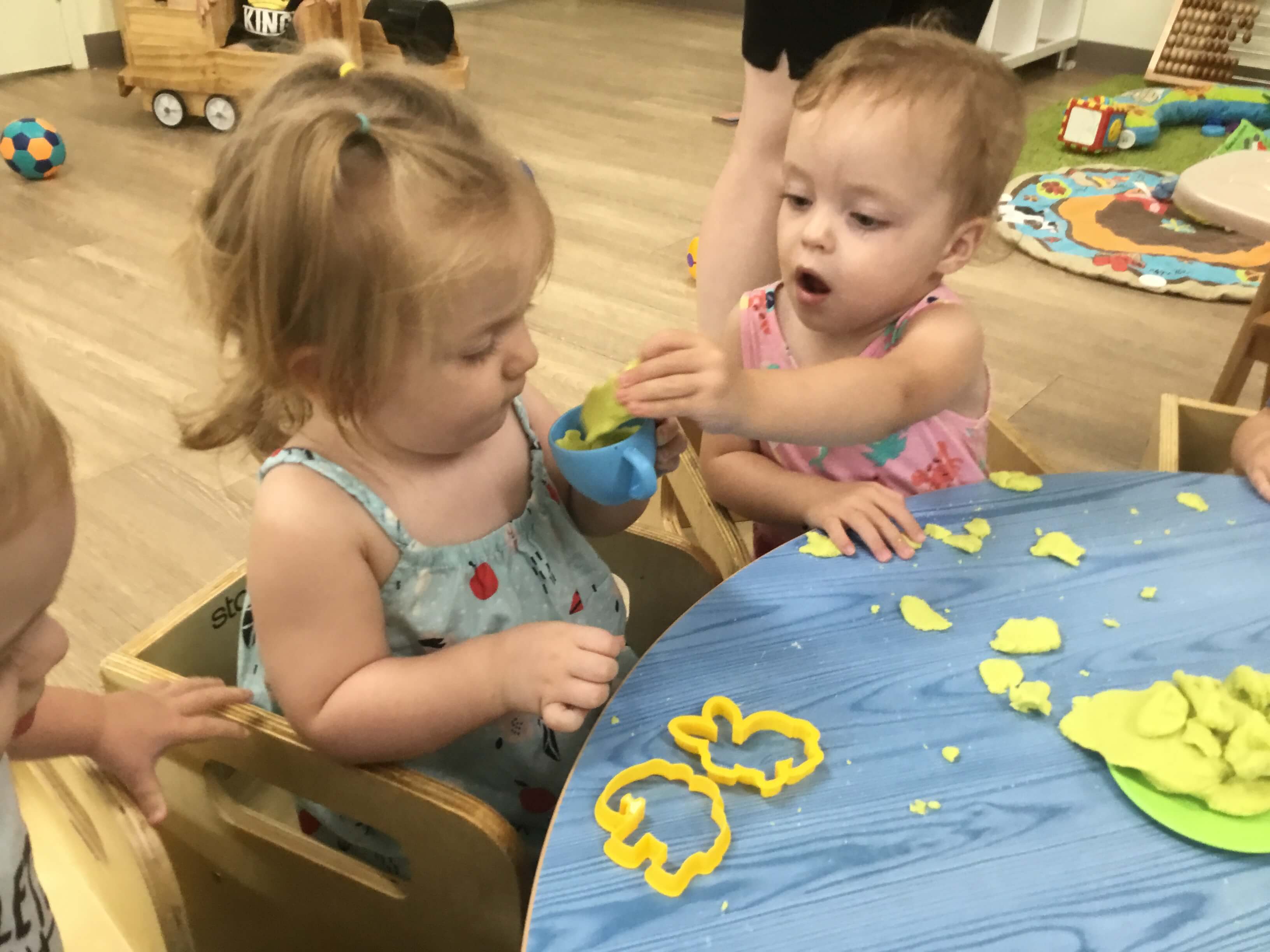 As mentioned yesterday, while we follow the children’s interests, there is a lot of in-depth learning taking place in every one of our six studios.

These two beautiful girls were quietly playing alongside each other with some play dough, when one noticed that her friend sitting next to her should have some play dough in the cup that she was holding.  No words were needed from either of the children involved to slowly transition from their Parallel play into Cooperative play.  Even at such a young age, they are already developing necessary dispositions such as persistence, inquisitiveness and concentration ensuring that they are developing their competence in becoming active and involved participants in their own learning.

On the Farm at Creative Minds Early Learning Centre

Transitioning within our Six Beautiful Studios